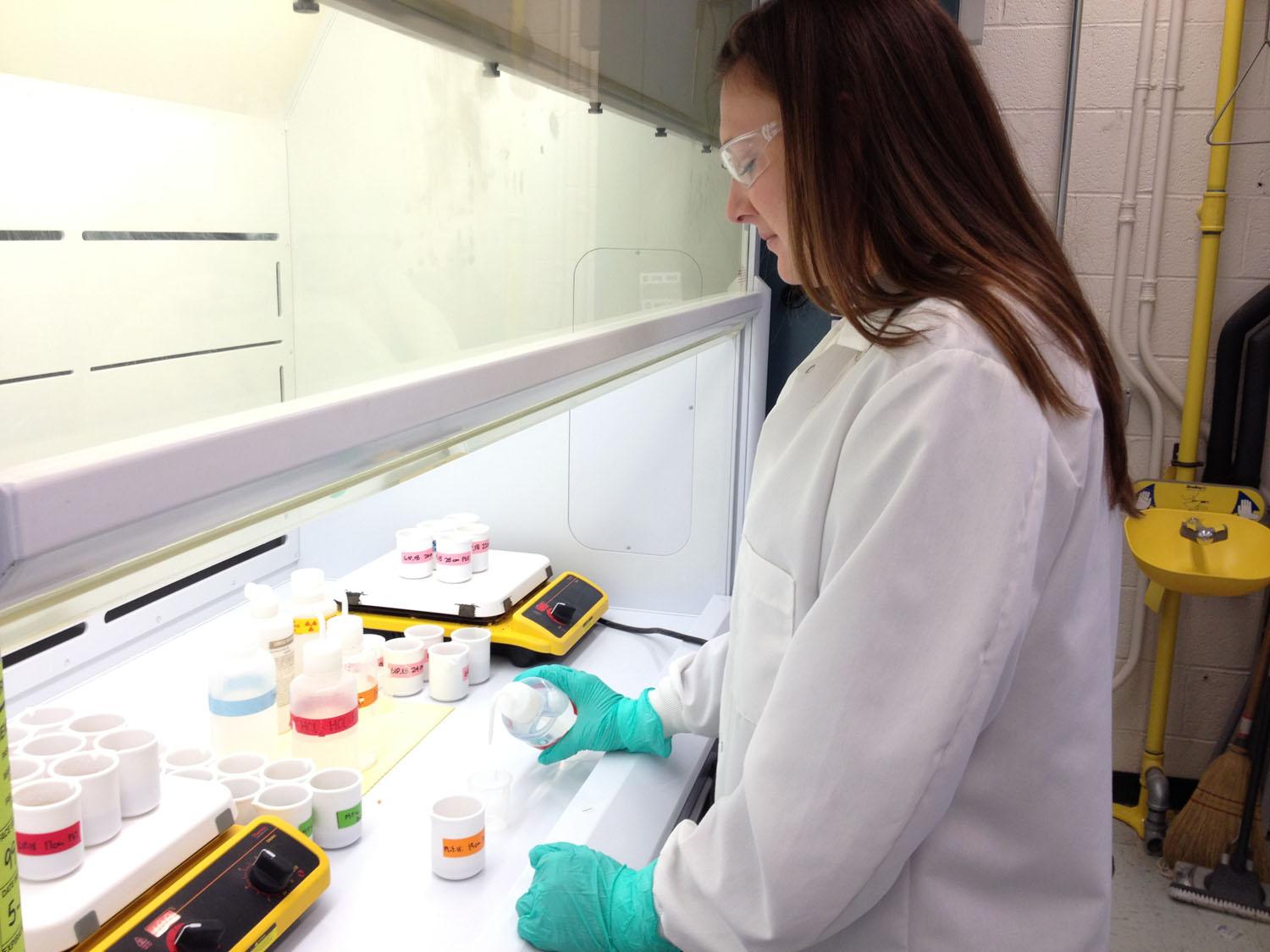 LEXINGTON, Ky. -- The University of Kentucky has a high-quality environmental geoscience program and has produced excellent geologists like Rachel Nally, who is using the skills she developed through the program in her work as the environmental and sustainability manager at Heaven Hill Distilleries.

“As an undergraduate, the geoscience program provided me with a strong knowledge base of the breadth of natural sciences,” she said. “Because geology brings together concepts from chemistry, physics, geography — and even biology — and applies them to the Earth, it’s important to understand all the processes at play. I rely on this knowledge every day as I work to evaluate and reduce the consumption of natural resources by Heaven Hill’s distilleries and facilities. My graduate work in the Sedimentary and Environmental Radiochemistry Research Laboratory (SER2L) further deepened my understanding of these concepts, but also gave me soft skills like project management, self-direction, and adaptability, which have been key to my success in the corporate world.”

Nally, who was born and raised in Lexington, discovered her love for rocks at an early age.

“I had always loved rocks as a kid,” said Nally, who earned a B.S. and M.S. in geological sciences at UK. “I think you hear a lot of geologists say that they were into rocks as kids.  My grandmother was a rock collector, and she would always bring me little rocks and took me to my first gem show.”

Her path to geology, however, was not straightforward. She attended the University of North Carolina at Wilmington because she wanted to pursue a career in marine biology. But one class in the major influenced her to take a new route.

“I ended up finding geology while I was there,” she said. “I took an oceanography course through the geology department thatintroduced a lot of earth science concepts, and it was so interesting that I then decided the next semester that I would take a geology class as one of my core science credits. I just completely fell in love with it.”

Nally thrived in the program and enjoyed her time in it.

After realizing that geology was her calling, Nally decided to transfer back home to Lexington and attended the University of Kentucky to pursue her passion. Nally worked on a research project, that was centered on her thesis, "Distribution and impacts of petroleum hydrocarbons in Louisiana tidal marsh sediments following the Deepwater Horizon oil spill," with Kevin Yeager, associate professor in Earth & Environmental Sciences,  in the SER2L Lab.

“The project was originally intended to look at bioturbation in near shore sediments, to see how little critters moving around in the sediments in the marshes in Mississippi and Louisiana were impacted by the oil spill,” she said. 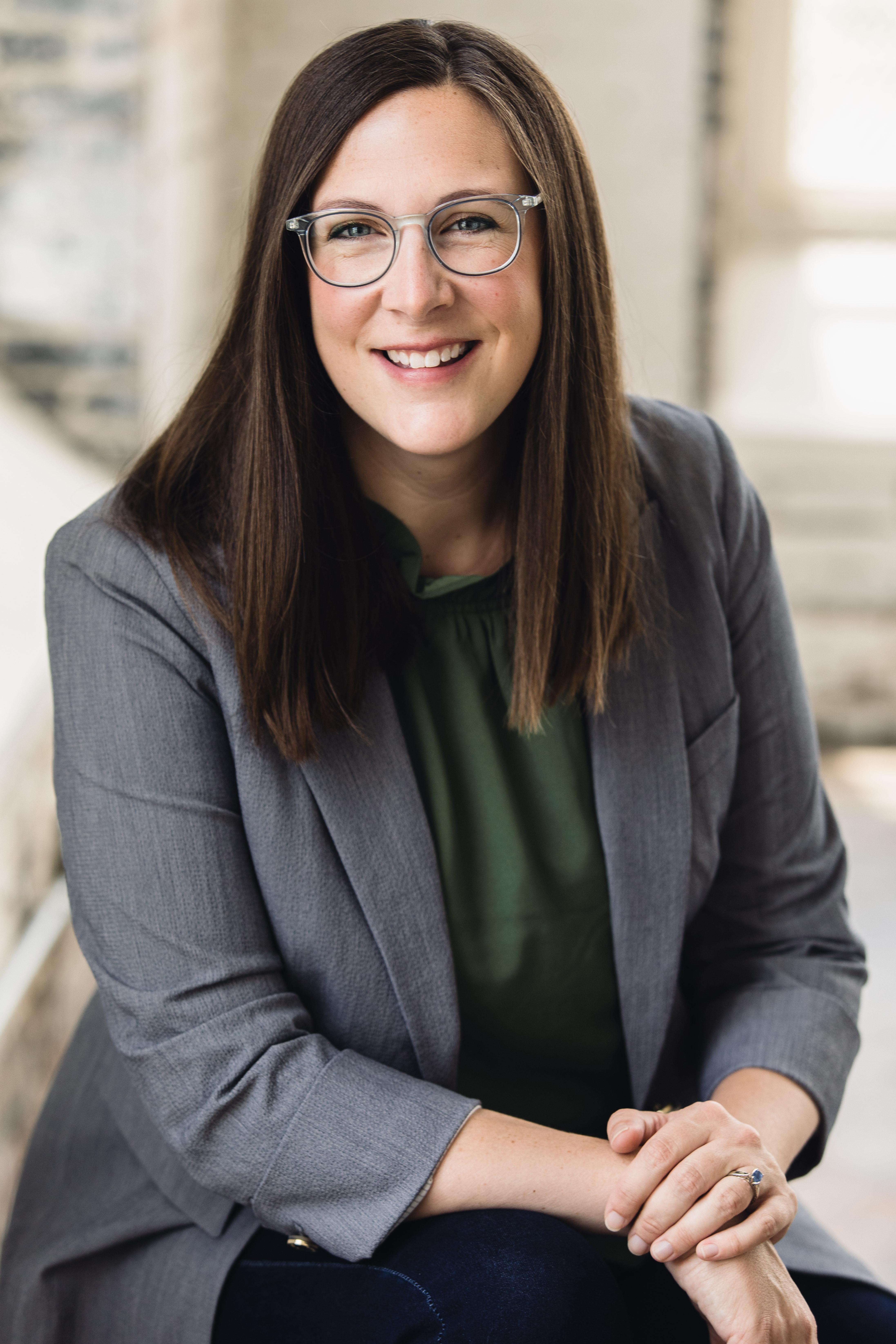 She talked about the different methods used in the project and what their findings were.

"We worked with several different isotopes, and it turns out that bioturbation is difficult to measure in tidal sediments, because there's a lot of water movement, which muddles the signature of all these little critters moving around under the surface,” she said.  “That in itself is a scientific finding. The method didn’t work well for this environment. This project taught me a lot about being able to adapt to changing circumstances. I took the information we learned about mixing of the tidal sediments and showed how quickly oil can be mixed deeply into these sediments, and the effects it had on a tiny organism called foraminifera.”

Nally is now a member of the Department of Earth and Environmental Science alumni board, and she talked about the relationship between the department and its alumni.

“It was immediately obvious to me that the relationship between the alumni and the department is strong and is collaborative,” she said. “When we have meetings with the department, they're excited to show us what they're doing and hear our feedback, and it’s been exciting to see how the department is progressing with new initiatives and doing new things to make the department stronger.”

She enjoys the meetings and labels them as fun events. She talked about one particular event she went to in the fall of 2021.

“I talked to students and heard about the research they're doing, what classes are taking and what they see for the future, and that's really exciting and invigorating to hear,” she said. “To see all these bright faces and hear about what you all are thinking about is exciting. So, I’m really happy to be supporting the department in that way.”