LEXINGTON, Ky. -- Wendell Overcash has one great collection – a collection of minerals that wow fellow enthusiasts and competition judges alike. Most recently, he won the Geofair Gem, Mineral, Fossil and Jewelry Show of Greater Cincinnati; it’s part of his collecting strategy to impress and impress big. He also recently received the Best of Species cabinet at a mineral show in Denver.

“I want viewers’ eyes to fall on the ground,” said Overcash, who honed his interest in minerals as he earned his bachelor’s degree in geology at the University of Kentucky in the 1970s. “And I can make them do that.”

Overcash also earned a law degree from UK and worked as an attorney in land acquisition and other areas for a variety of companies in Arizona, Pennsylvania and Kentucky, including the Exxon Mineral Co. He eventually returned to Kentucky and performed environmental enforcement work for the state. Upon his recent retirement, he developed an outstanding collection of minerals. For a great collection, he said, one needs to have an eye for beauty and a taste for tracking down pieces from unusual places.

“Colors are biggies,” he said. “If you've got a really high-quality collection, it's very colorful with some interesting morphologies, some rare locations, some bold pieces and some historical pieces. And all of a sudden, you put all of that together and it's like, wow. It's like a good collection of anything.”

Overcash acquires his collection pieces through several venues, including online trading, sales and auctions. He’s part of a wide collecting network that presents shows around the world; big ones reside in Tucson, Arizona, and Dallas. He said he enjoys his interplay with fellow serious collectors.

“It’s like being a rare car collector,” he said. “There's a network of those who collect rare minerals. You learn the network and you meet new people.”

Overcash keeps tabs on his growing collection through a spread sheet; before he moved into the digital age, he kept track with a hand-written list, making sure to note where each piece came from. Where the piece was found is often just as important as how beautiful it is. Some of the rarest examples are from, of all places, New Jersey. 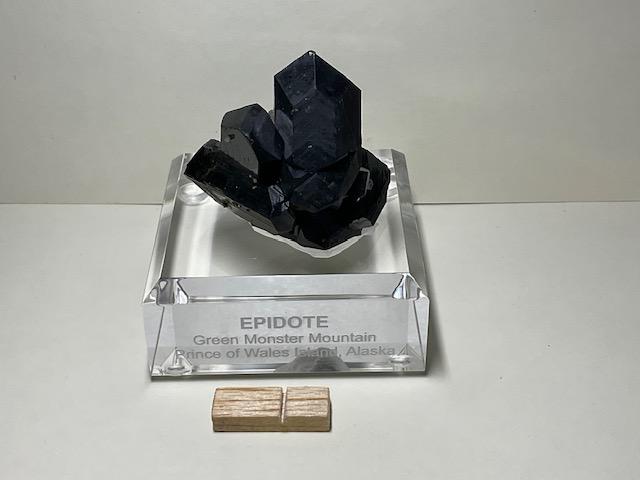 “Is the mineral a French piece or is it from Malaysia?” he said.  “You know, that's a big deal. Is it an old piece?  For example, I have a piece from the Schuyler mine in New Jersey, which was the first mine opened on the North American continent. It's a nice piece. And it’s rare; there aren’t many of them, and the mine is underneath a parking lot now.”

He’s had the minerals he’s collected mounted on small blocks so they can stand up; alone or in groups, they present a fascinating look at the Earth’s underground diversity. Overcash’s interest in minerals began when he was a pupil in Wilmington, Delaware; a high school created a low-tech broadcast series on geology, which got him hooked. His family later moved to Russell, Kentucky, where a friend’s father who worked at Ashland Oil encouraged him further. He later earned a merit badge in geology on his way to becoming an Eagle Scout.

"I liked to get out and look at the rocks," he said. “I didn't really understand a lot of what I was looking at, but I had a lot of encouragement. Of course, my tastes have changed now. ”

Overcash had several professors at UK who gave him a great deal of mentorship, including Vincent Nelson, Bill Blackburn, and Irving Fisher. He also had the opportunity to do a lot of fieldwork.

"There was always a big fall field trip, and we usually would go down to somewhere in the mountains of Tennessee or North Carolina,” he said. “There were other places, but usually it was to the south and east. And in 1976, we had the required geology field camp in Cement Creek, Colorado, between Crested Butte and Gunnison. In those days, we actually stayed in tents for nine weeks. It was open to other students, so probably two-thirds were UK students and probably a third from other institutions.” 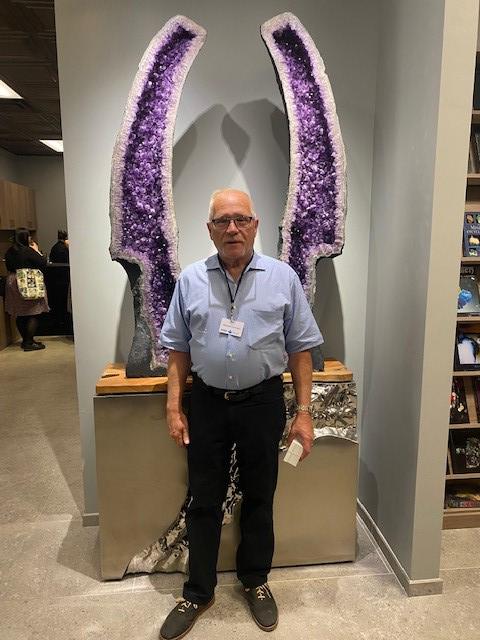 Overcash still likes to get out to national parks and other wilderness locations, but he scouts much of his collection from the Internet. Through his education at UK and years as a collector, he has honed his eye to build award-winning displays of minerals.

"If somebody asks, I tell them that geology -- mineralogy in particular -- is still my first love,” he said. “You’re trying to build a collection that will stand up well against anything worldwide.”